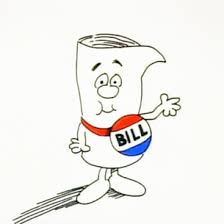 The laws keep coming! Make sure to check out Kalpi’s updated bill database tracking all the laws passed by this Knesset. Give us a like on facebook too while you’re at it.

Political Party Law – 24/7/2017 – Yoav Kish, David Bitan – Workers voting in party primaries can take a day or half a day off to vote. Employers must keep it a secret if an employee takes a day off for this reason.

Assistance to Sderot and the Towns of the Western Negev Law – 24/7/2017 – Moshe Gafni, Hiam Yelin, Yitzhak Vaknin, Oded Forer, Micky Rosenthal, Micky Levi, Eitan Broshi, David Bitan, Bezalel Smotrich, Micky Zohar, Manuel Trajtenberg   – The main thing that this law does is to provide a 20% tax break for people who live in the Western Negev community (up to an income of 241,080 NIS.

Amendment to Proof Law – 24/7/2017 – Yifat Sha’asha Biton, David Bitan, Yakov Margi, Ahmad Tibi, Karin Elharrar, Michal Rozin, Tali Poloskov – Creates a number of protections for children who are giving testimony in realtion to sexual crimes or domestic violence. According to the law anyone under the age of 14 will be accompanied by the investigator of the crime while they are giving testimony. Furthermore, the accused will not be allowed to cross examine the child, only their lawyer can. In addition, there will be limits to how long cross examination can continue and courts must provide children with appropriate waiting rooms before they testify.

2nd Broadcast Authority Law -24/7/2017 – Mickey Zohar, Yaakov Margi, Itzik Shmuli, Yoav Ben Tsur, Sharren Haskel, Naava Boker, Mordhay Yogev, Avraham Negosa – Allows television broadcasters to change the amount of time dedicated to advertisements on their stations as long as less than 10% of broadcasting time is advertisements. For radio broadcasters the amount is increased as long as it does not exceed a set monthly limit.

Easing the Regulation for Businesses Law – 24/7/2017 – Ichram Hasson, David Amsalam, Naave Boker, Zohir Bahloul, Yaakov Asher – Allows business to display one sign with all the necessary warnings and laws (such as “People under 18 cannot buy alcohol”) as opposed to multiple signs.

Income Tax Amendment Law – 24/7/2017 – Government Bill – I am in no way qualified to understand the full extent of this bill, but in short it makes it easier for companies to receive investors.