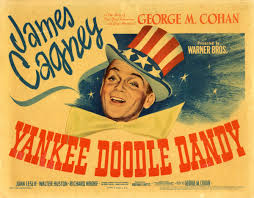 Opposition Leader MK Boogie Herzog declared that Israel should be preparing for a mass Aliyah from the United States. While I believe this notion is a bit nutters, the question of immigration has been on peoples’ minds for some unknown reason or another. So let’s explore the issue in depth and prepare for those doughboys.

Legal and illegal immigrants have been a political boogeyman for many years. They tend to represent the collapse of old institutions, such as country clubs and the presidency. Furthermore, those struggling with employment or wages don’t want to see more labor enter the country. Frequently, groups of immigrants are supported or not supported based on random ideological views already held by natives. That is how we get an article that at the same time attacks xenophobia while also announcing that Russian-Israelis have “alcohol and crime in their blood”.

Despite the hoopla, the effects of migration are not nearly as drastic as people may think. To be clear, a lot depends on the country. For instance, Germany’s super welcoming stance towards immigrants in the last year or two has a lot to do with their labor deficit. Low birthrates create the space and the necessity for liberal immigration policies (in practice, Germany has struggled to integrate many of the migrants). In a country like Israel, where birthrates are high, that need doesn’t present itself. Another issue may be how much monetary support each citizen is entitled to within the country.

Within Israel, we have the benefit of mass immigration events for case studies and there are themes that run through much of the research. Firstly, mass migration will not hurt the existing institutions within a country with strong established institutions (reading section 1 of that article will give you a great overview of the institutional literature available). Secondly, based on a few papers, immigration tends to have a negative short term effect on low-skilled natives’ wages and possibly employment, but that effect dissipates over the 5-10 years after the immigration. Migrants are imperfect substitutes for natives and instead bring some new skills and ideas to an economy preventing a long term labor market collapse. That said, low skilled immigrants tend to compete with each other creating difficulties for a vulnerable population.

In fact, there is evidence to suggest a long term positive effect of migrations to a country. Some effects that migrations have that are not Israel specific include complementing native workers, benefiting owners of capital, raising demand for housing (very bad for Israel), reducing the cost for many services and increasing the scale, specialization and flexibility for production. Meanwhile, high skilled migrants can fill gaps left by local educational and vocational systems.

So fear not! Those dirty Yankees may steal our jobs and start competing blogs, but in the long run they’ll grow the economy, even if they also bring their penchant for eating 2000 calorie meals and sense of superiority with them.