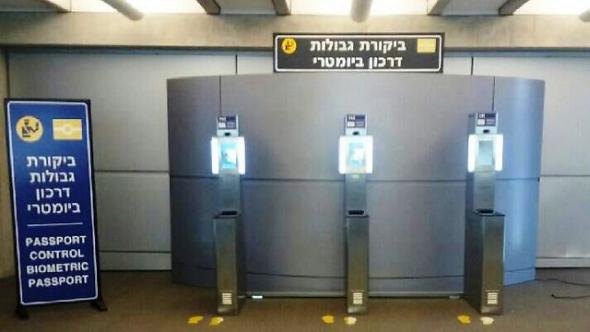 Much of politics is presentation. Taxes can be “revenue enhancements” or they can be “****ing TAXES!” On that note, do you want the government to hold your biological information on a hackable database for the purposes of identification? Before you answer, I have another question; aren’t shorter lines at the airport awesome? Also, protection from identity fraud, but really, shorter lines! Did I mention the ability to “visit” a government office from your home?

Israel has been exploring the use of biometric data on its identification documents since 2013. Any Israeli who agreed to be part of a trial period could receive ID cards and passports that included chips with biometric information. People’s faces and fingerprints were stored at a central database. The goal of the system is to guard against fraud and to allow for remote identification.

The first reading of a law(PDF) to prepare for the transition from the trial period passed 41-25. The law makes it so that fingerprints will not be included within the database without written permission. Plus, pictures over 5 years old will be deleted. Furthermore, and I cannot emphasize this enough, it will allow for non-security government officials to make use of the biometric data allowing for remote completion of tasks at government offices. Practically, I have no idea how this will work, but if it does, it would truly be a reverse Chanukah miracle, 8 hours of waiting turned into one. There are also some technical sections that try to deal with minor problems that arose during the trial period.

Much of the controversy regarding this initiative surrounds the database that will store the information. While some MKs support the introduction of “smart” passports, they feel that keeping a database of identification info puts Israelis at risk for identity theft in case of a cyber-attack. MK Dov Khenin, a communist, unironically said that he didn’t want to live in a “big brother” society where the government holds the biological information of its citizens. MK Haim Yelin, pointed out that no other countries keep a database, something which is untrue. During the trial period, the state comptroller criticized the program for various reasons and a number of cyber security experts attacked the database aspect of the program, which they view as vulnerable to hackers.

So what say you people of the Kalpi?

5 thoughts on “What would you Give to Visit a Government Office from Home?”